When I was an impressionable young man, I wanted to be a nuclear scientist.  I have written here many times about that period of my life.  The worlds of science fiction and the reality of my existence were so mixed up that I did not even try to keep them apart.  The future was exciting.  Man had entered space, landed on the moon and was able to control the atoms themselves.  Nuclear power promised us that soon we would have access to all the free electricity that we wanted.  Movies like "Back to the Future" showed us that not only was time travel a real thing but you could power your flying car with garbage!  How cool is that?

I was a willing participant in a cult, if such a belief system can be called a cult.  Technomania means that you have a passionate enthusiasm for technology.  We were told that, no matter the problems we faced, science and technology would soon provide a solution.  And, of course, since applications of scientific discovery were market driven, it would be affordable to everyone.

I was working as a research physicist in my 20's when I had an epiphany and a dramatic revelation about my personal cosmology and quit my job.  I went from the cult of Technomania to the cult of the Luddites. Just to be clear, if you are not aware of the history of this group, the Luddites were a secret, oath driven group of radicals in England who decided to destroy the weaving looms.  It was clear to this group that the new invention of the loom for weaving would eliminate thousands of manual jobs, mostly employing women in the lower or middle class.  It was argued that technology and the emerging Industrial Revolution was dangerous to traditional jobs, which drove the economy.

Of course, the argument made by the makers of these looms was that it would make fabric better, quicker and much cheaper.  This was the argument that won the day and it was impossible to stop progress by attacking the machine itself.

The essential force behind the Industrial Revolution was the introduction and widespread use of low cost fuel, starting with coal and ending up with the illusion of my youth: nuclear power.  Natural power sources, like water and solar, have remained in the background during this entire time.  This is an interesting observation.  Water power has been used since the dawn of man.  Building dams in recent times has proven to be a reliable source of electricity, even at a certain cost to the environment.  Sunlight has been essential for all growth, plant and animal, and recent developments in solar panels has begun to be accepted.  I have solar panels on my house.  If every house in Southern California had solar panels, we would be exporting electricity to the rest of the country.  However, for that to work, we would need a Federal electrical grid distribution system that doesn't exist.

The universal decision to use coal for heating and steam power started the introduction of carbon dioxide into the atmosphere in increasing quantities, leading to the global greenhouse effect we see today.  The similar introduction of nuclear power and widespread distribution of nuclear waste elements has created biological diseases that were previously unknown.  This has been the cost of progress.

So, I am not an actual Luddite.  I have solar power.  I drive a car.  I use the internet.  I am not a caveman.

But I still believe in the initial concepts promoted by those early 19th century radicals.  Human jobs are essential for human happiness.  Jobs that are rewarding and well paid.  Jobs that provide a certain intellectual challenge for workers to achieve a sense of pride of accomplishment at the end of the day.

This is why I have been content to do the same job every day of my life with pleasure.  As a furniture conservator in private practice I am constantly faced with new challenges.  I am always looking for solutions to problems, while following the simple rules of my trade:  Conserve all original material, respect the original intent of the maker, use reversible materials at all times, follow the "six foot six inch" rule.  (That means that the restoration should not be visible at a distance of six feet, but a knowledgeable person who examines the object from a distance of 6 inches should be able to see the difference.)

There is a considerable amount of forensic analysis required for each project to determine how it was made, what historic repairs have been done, and what should be done to restore it to its original function, since furniture is essentially functional art.

When I sat down to write this post, my initial point was to illustrate that antique furniture was designed to be repaired.  Those woodworkers in the past knew that the business of furniture making was supported by the job of furniture repairing.  They could sell a piece of furniture from time to time, but there was always work and money to be made repairing damaged furniture that was in constant use.  That is why they designed their furniture so that it could be taken apart and repaired by another furniture maker when necessary.  Protein glues, shellac and wax finishes, and general construction methods were all used to support this secondary business of repairing damage.

The Industrial Revolution changed all that.  Can you imagine a business today which relied on repairing IKEA furniture?  Modern furniture is designed to become obsolete and also to be so cheap that it makes more sense to just throw it away instead of paying a worker to fix it.

The same can be said about cars, phones and televisions, clothes, and all modern consumables.  They have an enormous carbon footprint, are designed to become obsolete in a fixed amount of time, and are also economically impossible to repair at some point.  Just more waste for the planet.

As I write these words, I am aware that this post has ended on a sombre mood.  People are out of work and the climate has dramatically changed due to our desire for faster, quicker and cheaper goods.

I am old enough to remember the television advertisement slogan: "It's Not Nice To Fool Mother Nature!"

It is time for me to get back to work.  I must put down the computer keyboard and return to my work bench where an English marquetry tall case clock is waiting for my attention.  It has stood the test of time since 1690 and will continue to do so for the foreseeable future after I am finished with the restoration.

I am a fortunate survivor of a lost trade. 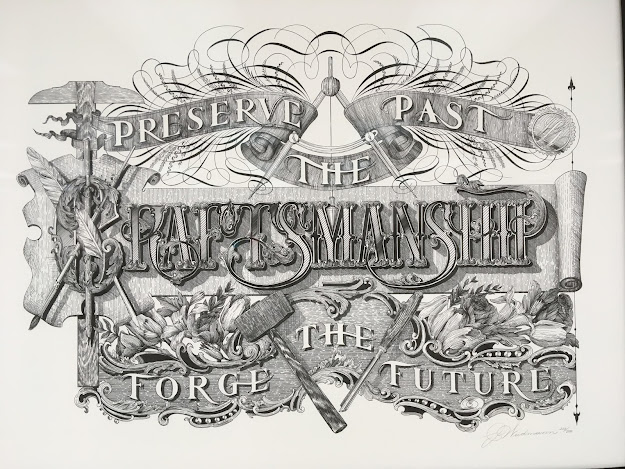