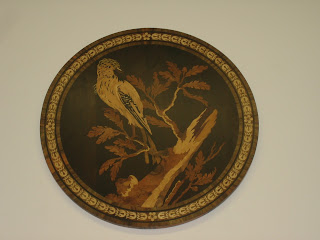 It has been too many years since I visited ecole Boulle, and I miss it more than you can imagine.  That is why I appreciate a good friend and fellow ebeniste from Belgium, Filip Tanghe, who found me on the internet and has travelled to San Diego to visit my workshop.  For the past few years, he has visited ecole Boulle during their annual "porte ouvert" (open house) and shared the photos with me. 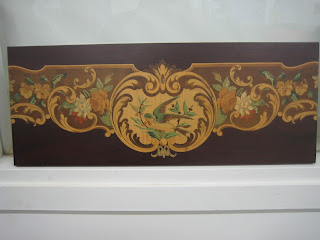 I can tell from the photos that things have changed at the school since I was there over 25 years ago.  They have built new buildings, as only the French can do, mixing contemporary architecture with traditional historic facades.  The marquetry workshop has moved from the top floor of the old building to the new glass building, and seems to be much more into the 20th century (21st?) than the 18th century.  They still use the chevalets, but they also have the best Italian marquetry jig saws available. 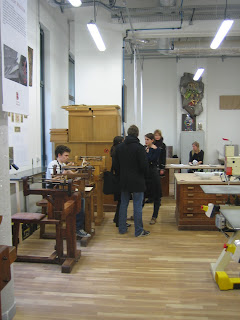 Recently, I discovered on YouTube a series of three videos which were made for French television.  These videos show the school, its students and their work, and the professors at work, discussing the philosophy of the teaching methods.  Although it is in French, I think that it is fairly obvious to non-French speakers what is going on.  Take some time and watch them, and I think you will begin to see how great the experience is for me to be able to participate, and what an honor to be accepted.  Thank you Dr. Pierre Ramond and Brian Considine for making this possible. 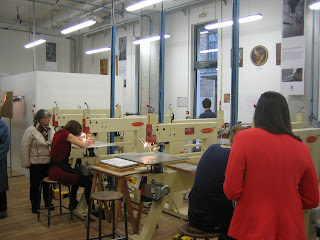 By the way, during the last weekend in January, when the doors are open to the public, is really the only time of the year that you can visit the school.  It's a great time to be a visitor in Paris, since all the normal tourists are not there.  It is the time of year then Paris is populated by Parisians, and the best time to really see the city in its "natural" state.  Plan now to go next year; I know I am.
Posted by W. Patrick Edwards at 12:09 PM

It really does look like a great learning experience. Some of the students appear to be quite young. What is the youngest the school accepts?

Thanks for the blog post about ecole Boulle, I had been looking for pictures of the school online with little success.

I watched the videos with great interest. Even though I may never see Paris, or the school. It did my soul good and made me smile to see so many young people involved in the art.

When I was there there were about 800 total students in the school and they ranged in age from 15 to as much as 25. The older students were taking graduate classes. Today there are about a thousand total students, and 400 of those are graduate students.